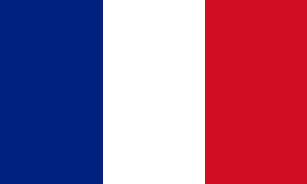 Created in 2014 by Romuald Drouillard and Arnaud Bois, M'A is a company specialising in the production, design, and production of animated series and films. M'A wants to tell interesting stories, with beautiful graphics, and to that end we have put in place the best creative processes possible.

We apply our advanced skills to both 2D and 3D animation

by creating production pipelines for the implementation of the various production stages."

With more than fifteen years of experience in the supervision of feature films and series in France and abroad, we made the observation that time and costs in animated productions could be optimised.

Our solution: a new and proven method to anticipate the needs of the project and optimise the essential interactions between pre-production, production and post-production.

We can help you with your projects by means of a technical
and graphical audit to work out, in collaboration with you, the best possible production workflow.

We will be with you from the pre-production to the post-production phase.

At M'A we use software that we consider as tools, making sure we use the right tool for each task.

For us, optimising a production means thinking about the specific interactions between the various tasks and the particular use of each piece of software.

Everything is a matter of cost related to technical mastery in order to serve a specific graphic aim.

Along the way, we have built up a strong and extensive network of talented technicians and graphic designers, many of whom live in the provinces.

We decided to base ourselves in Angoulême where there is a large concentration of established professionals.

We are also trainers in the two local animation schools, the Animation Film School (EMCA) and the ATELIER.

This makes it possible for us to put together strong teams that combine the experience and knowledge of older professionals and the dynamism of young people.

An animation professional since 1998, Arnaud started at Neuroplanet where his career quickly moved towards compositing. He contributed to the development of several series and the setting up of the Neuroplanet Canada studio in Montreal in 2000.

Later, he was able to practice his talents at Ellipsanime, Luxanimation, 2D3D, and 2 minutes on numerous productions including the film "Corto Maltese" and several TV series. He was also sent overseas to supervise a studio services provider in China.

In 2007, he joined the Alphanim studio in Angoulême to supervise the series "Gawain", then the film "L'apprenti sant santa", the series "La petite giante", the film "Kerity" and, last but not the least, "Pok et Mok".

A graduate of CFT Gobelins in 1994, Oliver began his career as an assistant FX animator for Disney France in Montreuil (Goofy Movie) and then moved quickly over to the storyboard. He has collaborated as a storyboarder or lead storyboarder in fifteen series to date.

In 2002, he started his career as a layout supervisor in Riga, followed by several other animation and layout supervisor positions in Spain (Mona the Vampire), China (Zap college and Matt's monster), Vietnam (Kirikou and the Wild Beasts) , Korea (Oggy and Four Cockroaches) and the Philippines.

Between 2008 and 2010, he produced "The little giant" a 52x13' series. For Gaumont animation. Arnaud will direct the compositing before joining Romuald on the compositing of "Kerity".

In 2012-2013 he supervised the animation of "l’apprenti Père Noël et le flocon magique". He collaborated more closely with Arnaud and Romuald on this occasion.
2014-2016 were his last years of supervision, in layout on "Titeuf" season 4 and in animation on "Mon chevalier et moi" and the animation of the game from the series "South Park", after which he joined Malil'Art In December 2016.

He joined Neuroplanet in 1997 and took advantage of the rapid expansion of the company to move towards compositing. He contributed to several television series and the film "Corto Maltese". He then collaborated with Ttk, Xilam, 2 minutes, 2D3D, on TV series such as "Ratz", "Malo Korigan" and the film "U la licorn".

In 2006, he joined Alphanim Vincennes on the series "Galactik football" and collaborated with the Angoulême studio on "Robotboy 2". He then assumed the supervision of compositing teams on several series, "Galactik football s02-03" - "Pok and Mok" - "Mouss and Boubidi" in France and abroad (China and South Africa).

In 2008, he co-directed the compositing team for the film "Kerity" with Arnaud and it was on that occasion that they considered setting up their own studio.

Then, he prepared and directed the compositing of the film "L'apprenti père noël et le flocon magique".